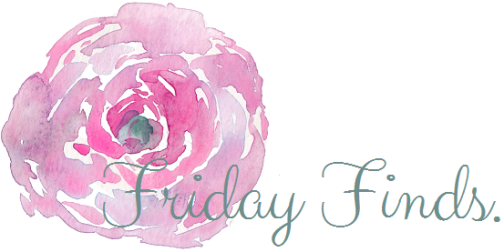 It’s been quite a while since I’ve done this type of post. I think my last time was in February, oops. Today, I have five books that I recently added to my Goodreads shelf to share with you today. I’ve included the book descriptions below and linked them to Goodreads as well, in case you want to add them to your TBR. You can see more of my TBR shelves over on my Goodreads account over here and feel free to add me as a friend! 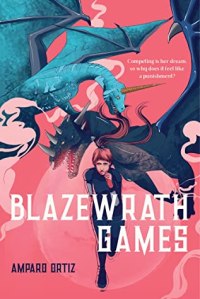 Goodreads Description: Lana Torres has always preferred dragons to people. In a few weeks, sixteen countries will compete in the Blazewrath World Cup, a tournament where dragons and their riders fight for glory in a dangerous relay. Lana longs to represent her native Puerto Rico in their first ever World Cup appearance, and when Puerto Rico’s Runner—the only player without a dragon steed—is kicked off the team, she’s given the chance. But when she discovers that a former Blazewrath superstar has teamed up with the Sire—a legendary dragon who’s cursed into human form—the safety of the Cup is jeopardized. The pair are burning down dragon sanctuaries around the world and refuse to stop unless the Cup gets cancelled. All Lana wanted was to represent her country. Now, to do that, she’ll have to navigate an international conspiracy that’s deadlier than her beloved sport. 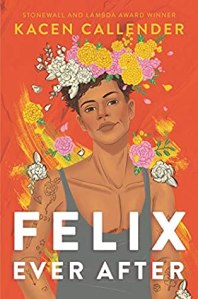 Felix Ever After by Kacen Callender

Goodareads Description: Felix Love has never been in love—and, yes, he’s painfully aware of the irony. He desperately wants to know what it’s like and why it seems so easy for everyone but him to find someone. What’s worse is that, even though he is proud of his identity, Felix also secretly fears that he’s one marginalization too many—Black, queer, and transgender—to ever get his own happily-ever-after. When an anonymous student begins sending him transphobic messages—after publicly posting Felix’s deadname alongside images of him before he transitioned—Felix comes up with a plan for revenge. What he didn’t count on: his catfish scenario landing him in a quasi–love triangle…. But as he navigates his complicated feelings, Felix begins a journey of questioning and self-discovery that helps redefine his most important relationship: how he feels about himself. 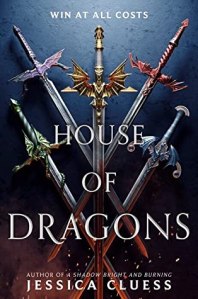 House of Dragons by Jessica Cluess

Goodreads Description: Five royal houses will hear the call to compete in the Trial for the dragon throne. A liar, a soldier, a servant, a thief, and a murderer will answer it. Who will win? When the Emperor dies, the five royal houses of Etrusia attend the Call, where one of their own will be selected to compete for the throne. It is always the oldest child, the one who has been preparing for years to compete in the Trial. But this year is different. This year, these five outcasts will answer the call…. THE LIAR: Emilia must hide her dark magic or be put to death. THE SOLDIER: Lucian is a warrior who has sworn to never lift a sword again. THE SERVANT: Vespir is a dragon trainer whose skills alone will keep her in the game. THE THIEF: Ajax knows that nothing is free–he must take what he wants. THE MURDERER: Hyperia was born to rule and will stop at nothing to take her throne.

Goodreads Description: The Tech sisters don’t date in high school. Not because they’re not asked. Not because they’re not interested. Not even because no one can pronounce their long, Thai last name—hence the shortened, awkward moniker. But simply because they’re not allowed. Until now. In a move that other Asian American girls know all too well, six months after the older Tech twins got to college, their parents asked, “Why aren’t you engaged yet?” The sisters retaliated by vowing that they won’t marry for ten (maybe even twenty!) years, not until they’ve had lots of dating practice. In a shocking war on the status quo, her parents now insist that their youngest daughter, Orrawin (aka “Winnie”), must date in high school. Under their watchful eyes, of course — and on dates they organize based on their favorite rom-coms. The first candidate? The son of their longtime friends, Mat Songsomboon—arrogant, dreamy, and infuriating. Winnie’s known him since they were toddlers throwing sticky rice balls at each other. Her parents love him, so naturally he’s the perfect person for her to pretend date. If only he weren’t her sworn enemy.

The Quantum Weirdness of the Almost-Kiss by Amy Noelle Parks

Goodreads Description: Caleb has always assumed that when she was ready for romance, Evie would choose him. Because he is her best friend, and he loves her, and he has almost kissed her 17 times… Seventeen-year-old Evie Beckham has never been interested in dating. She’s been fully occupied by her love of mathematics and her frequent battles with anxiety (and besides, she’s always found the idea of kissing to be a little bit icky). But with the help of her best friend and her therapist, Evie’s feeling braver. Maybe even brave enough to enter a prestigious physics competition and to say yes to the new boy who’s been flirting with her. Caleb Covic knows Evie isn’t ready for romance but assumes that when she is, she will choose him. So Caleb is horrified when he is forced to witness Evie’s meet cute with a floppy-haired, mathematically gifted transfer student. Because Caleb knows the girl never falls for the funny best friend when there’s a mysterious stranger around, he decides to use an online forum to capture Evie’s interest. Now, he’s got Evie wondering if it’s possible to fall in love with a boy she’s never met.

All of these books sound so amazing and I am dying to get my hands on them. Have you added any new books to your TBR? Feel free to link me to your posts if you have one or leave a comment letting me know what new books you added to your TBR recently.

I finally got my new laptop, and so far I really love it! I’m excited to have it and hopefully get more into blogging again now that I have a brand new laptop. The newness of it is real, and I want to be on it all the time, haha. I am currently in Illinois right now with my mom helping my aunt get back on her feet (she was in the hospital for a month). I may not be here as much the next week or two since I am currently away, but I do have my laptop with me, so hopefully I can pop on a little bit while here. I plan to do a post about my trip to Illinois with a ton of pictures, so that will be coming at some point this month. Catch up with you soon! ❤

In case you missed it;
Wrap Up|| May.
Book Haul|| May.
Release Day|| April/May Releases.