I am going to just jump right into this post and share some of the books that I recently added to my Goodreads TBR shelf. I have included five books in today’s post. I’ve included the book descriptions below and linked them to Goodreads as well, in case you want to add them to your TBR list. You can see more of my TBR shelves over on my Goodreads account over here and feel free to add me as a friend!

Gideon the Ninth by Tamsyn Muir

Goodreads Description: Gideon the Ninth is the most fun you’ll ever have with a skeleton. The Emperor needs necromancers. The Ninth Necromancer needs a swordswoman. Gideon has a sword, some dirty magazines, and no more time for undead bullshit. Tamsyn Muir’s Gideon the Ninth unveils a solar system of swordplay, cut-throat politics, and lesbian necromancers. Her characters leap off the page, as skillfully animated as necromantic skeletons. The result is a heart-pounding epic science fantasy. Brought up by unfriendly, ossifying nuns, ancient retainers, and countless skeletons, Gideon is ready to abandon a life of servitude and an afterlife as a reanimated corpse. She packs up her sword, her shoes, and her dirty magazines, and prepares to launch her daring escape. But her childhood nemesis won’t set her free without a service. Harrowhark Nonagesimus, Reverend Daughter of the Ninth House and bone witch extraordinaire, has been summoned into action. The Emperor has invited the heirs to each of his loyal Houses to a deadly trial of wits and skill. If Harrowhark succeeds she will be become an immortal, all-powerful servant of the Resurrection, but no necromancer can ascend without their cavalier. Without Gideon’s sword, Harrow will fail, and the Ninth House will die. Of course, some things are better left dead. 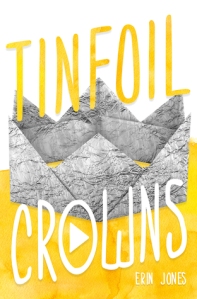 Goodreads Description: Seventeen-year-old internet video star Fit is on a mission to become famous at all costs. She shares her life with her fans through countless videos (always sporting some elaborate tinfoil accessory), and they love her for it. If she goes viral, maybe she can get out of her small casino town and the cramped apartment she shares with her brother and grandpa. But there’s one thing Fit’s fans don’t know about her: when Fit was three-years-old, her mother, suffering from postpartum psychosis, tried to kill her. Now Fit’s mother, River, has been released from prison. Fit is outraged that River is moving in with the family, and it’s not long before Fit’s video followers realize something’s up and uncover her tragic past. But Fit soon realizes that the only thing her audience loves more than tragedy is a heartwarming tale of a family reunion. Is faking a relationship with River the key to all Fit’s dreams coming true? 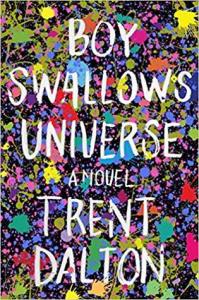 Goodreads Description: Eli Bell’s life is complicated. His father is lost, his mother is in jail, and his stepdad is a heroin dealer. The most steadfast adult in Eli’s life is Slim—a notorious felon and national record-holder for successful prison escapes—who watches over Eli and August, his silent genius of an older brother. Exiled far from the rest of the world in Darra, a seedy suburb populated by Polish and Vietnamese refugees, this twelve-year-old boy with an old soul and an adult mind is just trying to follow his heart, learn what it takes to be a good man, and train for a glamorous career in journalism. Life, however, insists on throwing obstacles in Eli’s path—most notably Tytus Broz, Brisbane’s legendary drug dealer. But the real trouble lies ahead. Eli is about to fall in love, face off against truly bad guys, and fight to save his mother from a certain doom—all before starting high school. 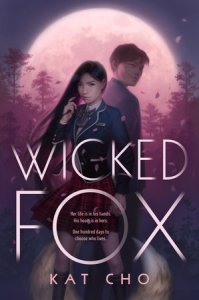 Goodreads Description: Eighteen-year-old Gu Miyoung has a secret–she’s a gumiho, a nine-tailed fox who must devour the energy of men in order to survive. Because so few believe in the old tales anymore, and with so many evil men no one will miss, the modern city of Seoul is the perfect place to hide and hunt. But after feeding one full moon, Miyoung crosses paths with Jihoon, a human boy, being attacked by a goblin deep in the forest. Against her better judgment, she violates the rules of survival to rescue the boy, losing her fox bead–her gumiho soul–in the process. Jihoon knows Miyoung is more than just a beautiful girl–he saw her nine tails the night she saved his life. His grandmother used to tell him stories of the gumiho, of their power and the danger they pose to humans. He’s drawn to her anyway.  With murderous forces lurking in the background, Miyoung and Jihoon develop a tenuous friendship that blossoms into something more. But when a young shaman tries to reunite Miyoung with her bead, the consequences are disastrous . . . forcing Miyoung to choose between her immortal life and Jihoon’s.

Goodreads Description: A gorgeous and timely novel based on the incredible story of Sophie Scholl, a young German college student who challenged the Nazi regime during World War II as part of The White Rose, a non-violent resistance group. Disillusioned by the propaganda of Nazi Germany, Sophie Scholl, her brother, and his fellow soldiers formed the White Rose, a group that wrote and distributed anonymous letters criticizing the Nazi regime and calling for action from their fellow German citizens. The following year, Sophie and her brother were arrested for treason and interrogated for information about their collaborators.

I am hoping to finally get around to that picture update at some point next week. I have a ton of pictures to post and from things I’ve done over the last few weeks. 🙂