I think it’s been like ten or so days since my last update. I’m been so MIA this last week and a half on the blogosphere, but I am ready to get back into it in September and catch up with you guys this week. August has been such a weird month for me with things not working out and other things happening. Here is just a quick little update and a few pictures.

It was my mom’s birthday on August 17th and we had a birthday party for her on August 18th (a Saturday). We decided to do a beach themed party and we created a little “beach” in the backyard. It came out really great too! We used a beach/ocean backdrop and added a bunch of sand. We also included seashells, beach balls, beach toys, and other beachy things. We wanted to create it for picture to take pictures there. Like a little photo booth area and of course you could hangout there if you wanted. It was also a pool party too, so we all played pool volleyball and had a lot of fun.

The hubby got a new job! It’s a job he really wanted and I am so stoked for him. He worked really hard in school for a year for this, so it’s really awesome. So we were supposed to be moving, but it didn’t happen like we thought it would which is what I’ve been so down about. BUUUUT, with this new job he got, it changes everything. They actually want him to move there to work in their office in Orlando so it should definitely happen for us this time around. He just has to train here where we currently live for 8-10 months and then they was him to transfer to Orlando. I am really hoping this works out this time. We are taking a different approach and route as well this time around, so hopefully so. Over the weekend I put together a little party for him to congratulate him on his new job. I got a cake and we grilled out. We decorated with some decorations and balloons. 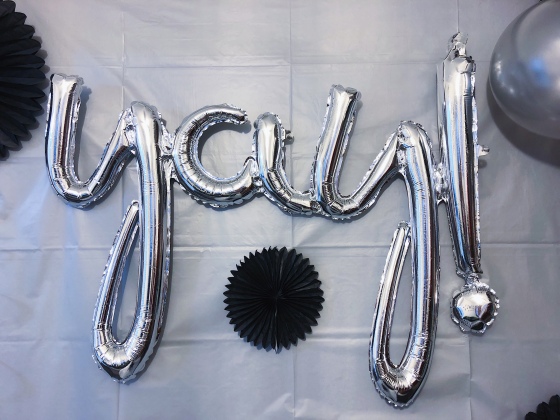 I finally read To All the Boys I’ve Loved Before and I really enjoyed it. I kept seeing spoilerish things with the movie having just released on Netflix, so I decided to finally read it. I finished it on Sunday and watched the movie on Sunday too. First of all, I really liked the book so much. The movie though….I really didn’t care for it that much. It was just okay. I think having read it and then watched the movie right after kind of ruined it for me it. It was so different and things happened that didn’t happen in the book…BUT THEN I decided to start the book sequel after the movie and I was annoyed AF! The movie pretty much spoiled the beginning of the sequel. A big event that happens too, not something minor. So I’m like “WTF” and now I feel like maybe I would have liked the movie a little better had I read the entire series first. The movie had some things in it that didn’t happen until the sequel. I read 70 pages of PS I Still Love You and events that happened in those pages happened in the movie. That annoyed the heck out of me! So yeah, not a fan of the movie. The hubby really liked it though, but he also never read the book so there’s that.

Just some random pictures. Halloween candy is starting to make an appearance and I am super stoked. I had to get a few things, like my favorite little pumpkin candy corn type thing. I’m not entire sure what to call them, haha. But I love those things and I buy so many every year at this time. And the other is just a random picture of my shoes. I don’t know. I just thought the grass was really green and I liked it.

So next weekend (September 6-10) I am going to Illinois! One of my cousin’s is getting married, so my mom and I are going to go. We’re going to ride with my other cousin and his family. They are going to rent a van. We’re all going to pitch in $100 each for gas & renting the van. It’s a 18-20 hour car ride (ahhh), so we’ll literally only be there for the wedding which kind of sucks. We wont’ really have any time to do anything else, but it’ll still be nice to see family and hangout for a day or two. 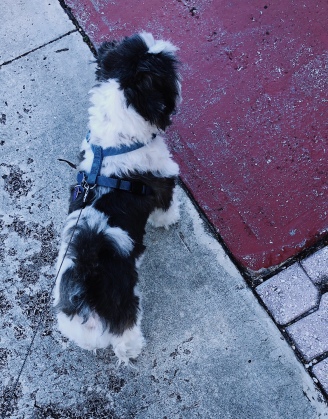 And here are a few pictures of the furbabies. It wouldn’t be an update without a picture of them. 😛 Top Left (Dax). Top Right (October & Leaf). Bottom (ColbyJack). That’s all for this little update. I plan to catch up with all of your posts and comments this week when I get some free time.

I’ll have my August wrap up post coming soon. I am hoping to finish the two books I’m currently reading in the next four days. I don’t know if this will actually happen, but I am hoping. I will also have my August book haul soon too. I probably won’t have my own pictures, because I’m still waiting on the books to actually arrive. Dang Book Depository taking forever!