It’s been almost three months since I’ve done one of these posts and I don’t even know where to begin with it. I don’t remember what I have and haven’t posted already. So there may be a few repeats. I love posting these type of posts and my pictures, but when I go so long without doing one then I have no clue where to begin again, ahhh. 😛  Warning this is probably going to be REALLY picture heavy, because there’s probably 60+ pictures.

Feel free to follow me on Instagram (heyyitsashley)! A lot of these haven’t been posted on my Instagram yet, so you’re seeing them first! Eventually they’ll make their way on there. I take so many pictures and don’t want to post a million at one time, so I hoard pictures to post later, lol. Anyway, onto my pictures!

Let’s start with FOOD, because food is amazing. 😛 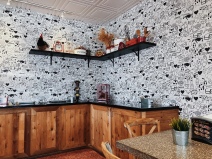 I stumbled upon this restaurant called “I Heart Mac & Cheese” and holy crap I was in heaven. I needed to go their, ASAP! Last week the hubby’s parents came down to visit and they took us there and it was great. I got the pulled pork mac & cheese. SO MUCH CHEEEEESE! 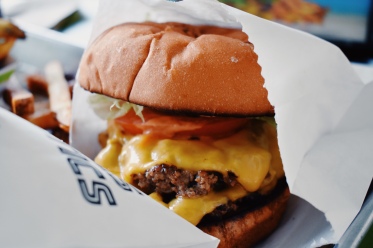 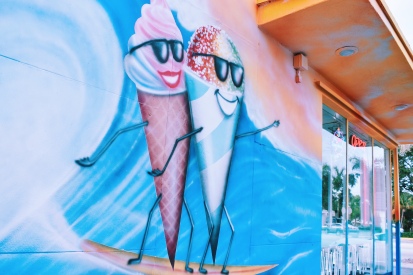 This new shaved ice place opened up down the street so we tried it out for my aunt’s birthday. It was really good. They sell alcoholic drinks in kind of shaved ice form and they were good. No picture of the drink, but I do got a picture of the shaved ice we got too. Also, their interior decor is amazing. One wall is painted like the ocean/sky. The ceiling has lights that are printed with clouds on them. The floor is like the ocean. And the table is sea glass. I accidentally deleted my picture of the floor. They also have a chalkboard wall so you can write/draw on it. 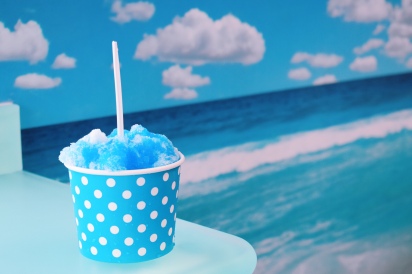 The shaved ice is blueberry. It’s sitting on the shaved ice table. The ocean/sky scene in the background is one of their walls. Below is my mom writing on their chalkboard wall and the top right corner is their sky/cloud lighting. SO COOL! 🙂

Alright, moving right along. Onto, furbabies!

A year ago yesterday my little Leaf turned one (well technically she turned one in June, but I got her in July so that’s her new birthday). I tried so hard for days to get pictures of her in the birthday hat, but she just wasn’t having it. So I got pictures of her eating the birthday hat instead? They are all still pretty cute pictures though. I am so stoked we decided to keep her. We love her so much. 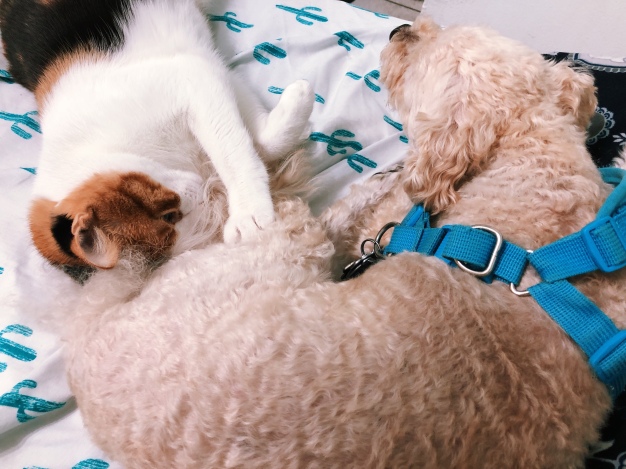 We’ve been dogsitting the hubby’s parents’ dog and Leaf and Digby love each other so much. It’s cute. They’ve been playing so much together to. 😀 Here is another picture of Digby, because I have a problem with taking pictures of animals. 😛 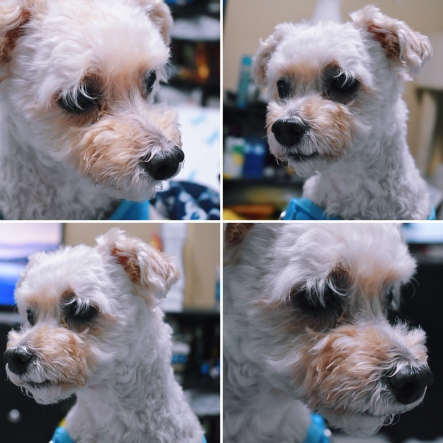 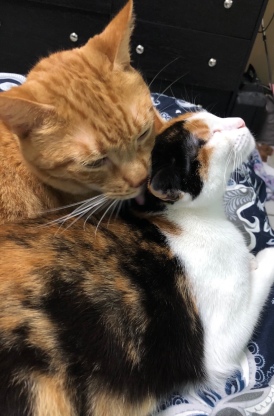 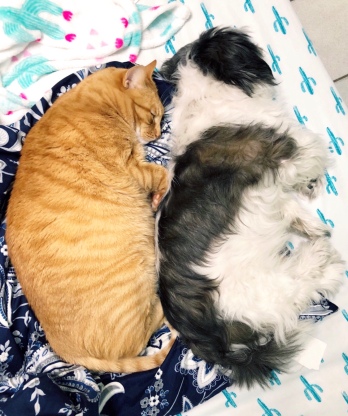 And some pictures of them loving each other. 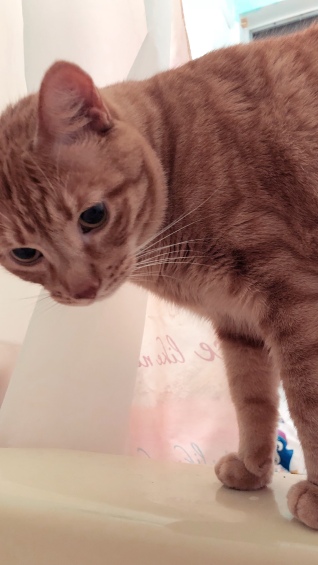 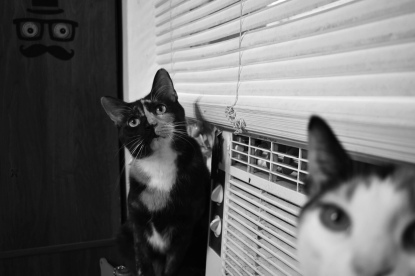 Some other misc. pictures. First two are the cats are when I was trying to relax in the bath, but they all wanted to watch me. WEIRDOS. Third picture of me walking the pup. And the last picture is Leaf photobombing my picture of October.

Now onto nature type pictures. First up, the sky. 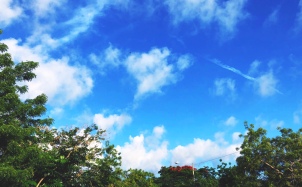 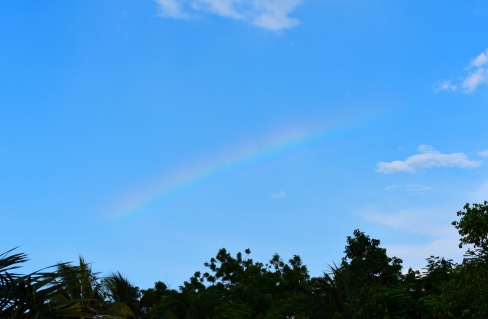 Next, flowers and plants. 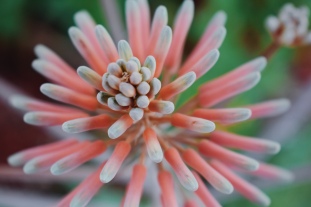 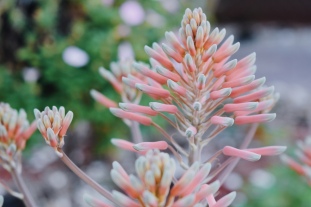 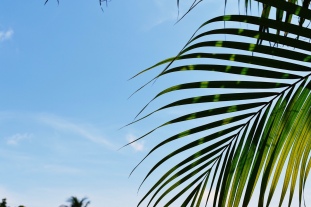 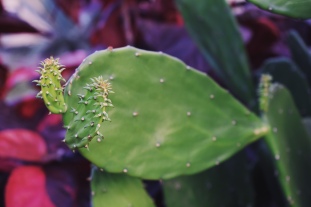 First picture is a shadow of some leaves on the side of our house. I really love how it turned out.

The rest are just some random pictures. 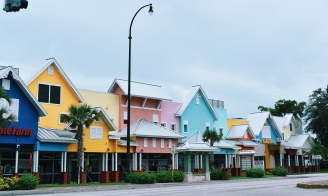 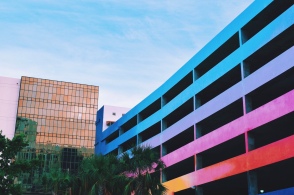 Some really neat buildings I’ve seen. The first picture each shop is a different color. Second picture is a parking garage that is painted to be a sunset (or sunrise). The entire parking garage isn’t picture. It’s HUGE.

A couple different pictures of the moon.

Playing with sparklers with my nephew and sister. My nephew didn’t a bunch of scribbles with his sparklers while I took a picture. My sister tried to write things out. Got this really cool one of an “A” she did. Last picture is just me holding the sparkler. 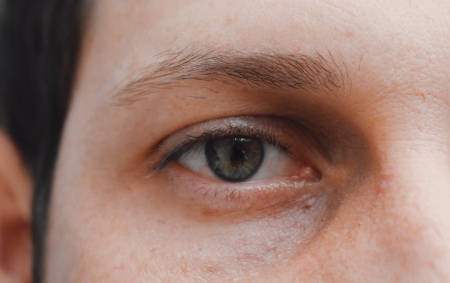 The hubby’s eye, lol. For some reason I really LOVE this picture though. And the second picture is of me and my new glasses! 😛  I really love these glasses.

And DONE! So many pictures. There’s even more pictures that I probably didn’t post, but trying to figure them out will be so hard. I’ll just leave you with these and hopefully I don’t let myself go months without doing another one of these posts. I will hopefully catch up with all of your posts at some point this week. I hope you had a great weekend!