I haven’t updated in a week (so bad of me, ugh), but thought I would do a little update of what’s happening.

I started to watch this show on Netflix called “Wentworth” and honestly it has taken over my life. Think of Orange is the New Black but 100 times better and a lot more serious. It’s a UK (or Australian) show I believe and I swear, they make the best shows. I even stumbled upon this meme and seriously…this meme is everything and speaks so much truth, haha. 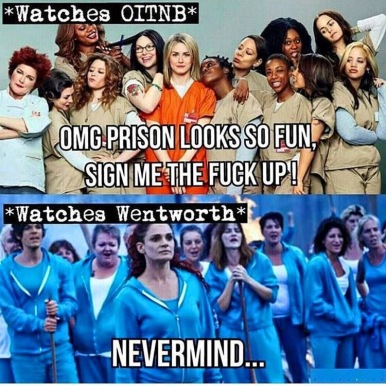 I am LIVING for this show. I thank my younger sister for telling me about it. I’ve been watching a half a season to an entire season in a day. Last Friday I kid you not, I stayed up until 5AM just to finish season three, lol. I highly recommend checking out Wentworth though, especially if you like OITNB. In my opinion it’s so much better than OITNB though. I don’t even know how I will be able to go back to OITNB after this.

I also went back to rewatching 7th Heaven again. I took a break from my rewatch, but am now back on it because I don’t want to watch every single episode of Wentworth (there are five seasons currently on Netflix) yet. I’m not ready to be done with them yet, so I’ve been switching between the two, lol. I think there is another season coming out this year though! 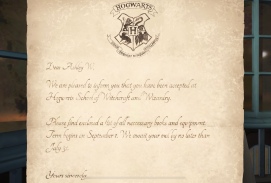 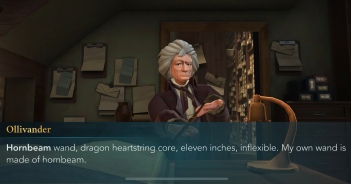 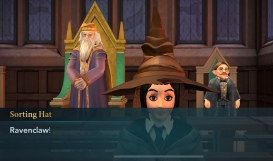 What else has been taking over my time you ask? How about the new mobile Harry Potter game that was just released. It’s so fun! Professor Snape hates me and I suck at potions class. I think he just intimidates me and I freak out and can’t do it correctly, haha. Because you basically do the same actions for flying class and for charms class and I am perfect at those. WTF!? UGHH. I still love the game though. I do hate that you have to wait for you energy to fill back up though. That’s about my only complaint.

I’ve also been back to playing Animal Crossing Pocket Camp a lot more on my phone again. So that’s also taking up some of my time. I go through stages where I’ll play it all the time and then not play it much at all. Now I’m back to all the time. There is also trying to squeeze in school reading and tests as well. I’ll have to do another lesson this weekend and it’s a long lesson. YIKES! I’m sure it’ll be fine though. I’ve gotten an A on all of my tests and currently still have a 4.0. 😛 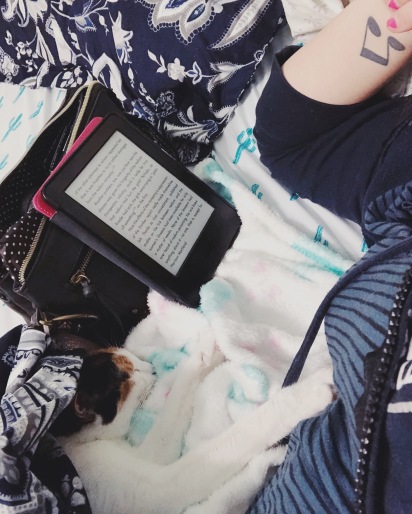 So many things are taking up my time right now, so I haven’t been reading as much as I want to. With not reading very much, it also means I haven’t really been blogging very much. I hope to catch up with your blogs and finally catch up with some of these tags I’ve been tagged to do. OH HEY! There’s a picture of Leaf cuddling with me while I read. I’m currently reading The Radium Girls and it’s so crazy and also so sad. 😦 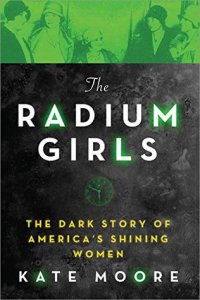 Check out the Goodreads Description below:
The Curies’ newly discovered element of radium makes gleaming headlines across the nation as the fresh face of beauty, and wonder drug of the medical community. From body lotion to tonic water, the popular new element shines bright in the otherwise dark years of the First World War. Meanwhile, hundreds of girls toil amidst the glowing dust of the radium-dial factories. The glittering chemical covers their bodies from head to toe; they light up the night like industrious fireflies. With such a coveted job, these “shining girls” are the luckiest alive — until they begin to fall mysteriously ill. But the factories that once offered golden opportunities are now ignoring all claims of the gruesome side effects, and the women’s cries of corruption. And as the fatal poison of the radium takes hold, the brave shining girls find themselves embroiled in one of the biggest scandals of America’s early 20th century, and in a groundbreaking battle for workers’ rights that will echo for centuries to come. 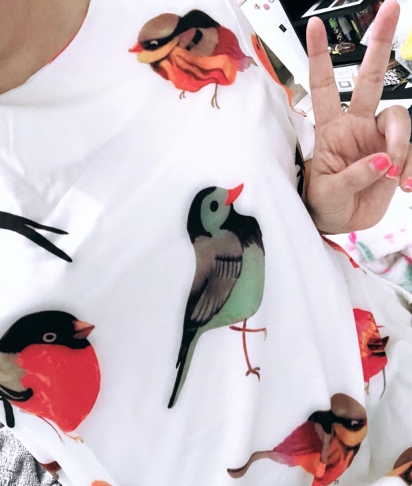 Outfit of the day! There was this bird dress I seen on Amazon and it was calling my name for over a month. I finally decided I had to have it. I got it a couple of weeks ago and finally wearing it today! I’m pretty much living for this dress  It’s a really loose fitting dress, which I like. I’m wearing black leggings as well. I have some black tights, but I like how it looks with the leggings too. 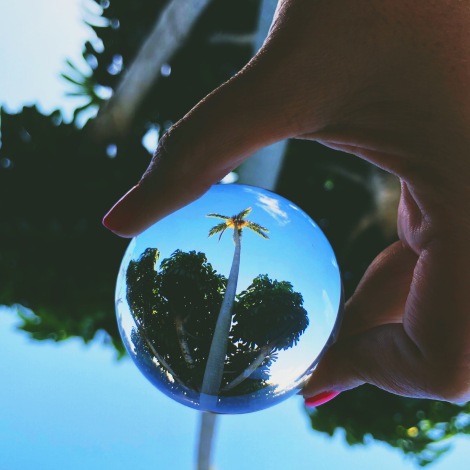 Last but not least, hands down, my favorite picture I’ve taken with my 60mm lens ball! I am so proud of this picture, haha. I haven’t had the chance to take my lens ball out anywhere cool quite yet, but I took this one in my backyard. We have a really tall palm tree back there and this shot came out so perfect! 😀 I can’t wait to actually go to some fun places and try out my two lens balls. I am hoping to try to go to the beach and try it out sometime.