So I did a trip to Lakeland once again (told you that I love this city!), but this time with my younger sister, mom, and aunt. We only went for a couple days, but it was still pretty fun. We went the weekend of New Year’s.

View from the window in our hotel room. The hotel was pretty nice and we were right in the middle of Lakeside Village, which was nice. Lakeside Village has a lot of shops and restaurants in it. It’s like a little shopping center type place, but outdoors. My younger sister and I spent most of the time there.

The first night we went to dinner at Glory Days. We were meeting up with my mom’s and aunt’s cousin. That was pretty fun. I didn’t take any pictures of that. After we ate dinner, we went to a bar for a little bit. We didn’t stay out long though. We were all pretty tired since we went to Lakeland straight after work. The next day we went to breakfast and then back to the hotel. My mom had to work during the day, but once the shops opened in Lakeside Village, my younger sister (Stephanie) and I went down there to walk around.

Fountain in the middle of Lakeside Village. I really wanted to go to Rocket Fizz, so I could get Andy some soda and to get myself salt water taffy. He loves all the different flavored sodas they sell and we don’t have a Rocket Fizz near us. We always make sure to stop there every time we go to Lakeland. My sister ended up getting some sodas too.

Does anyone remember Whistle Pops?! Rocket Fizz had Whistle Pops, so my sister got some. We used to get these ALL THE TIME when we were kids. I love that Rocket Fizz has a bunch of older candies from back then. It’s hard not to buy everything, haha. 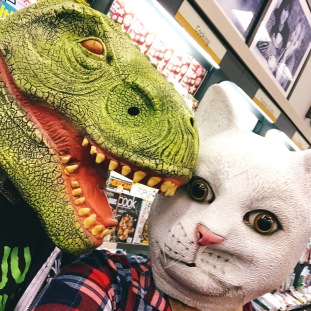 My sister and I went to Books-A-Million and I managed to leave the store without buying a single book! Left is a picture of us in some masks they had there. She’s the dinosaur and I’m the cat (of course). 😛 There was also a frozen yogurt shop inside Books-A-Million, so we got some. I haven’t had froyo in so long, because the place by my house closed down. 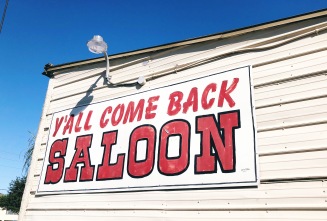 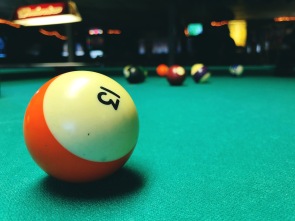 On the way to Lakeland, we drive through this little town called Lake Wales (which I love that town too, haha) and they had this bar we seen called “Y’all Come Back Saloon”, so we decided to check it out after hanging out in Lakeside Village. My mom and aunt went with. It was such a fun bar. It was defintely a dive bar (which we love) and super country (which we love) and cheap beer (which we love), haha. It was perfect for us and it was a lot of fun. My sister and I played pool for a little while. I suck at pool and I also think it’s kind of boring, lol. Back home my mom, aunt, and older sister play. They are all on pool teams too, but I don’t like it. LOL. 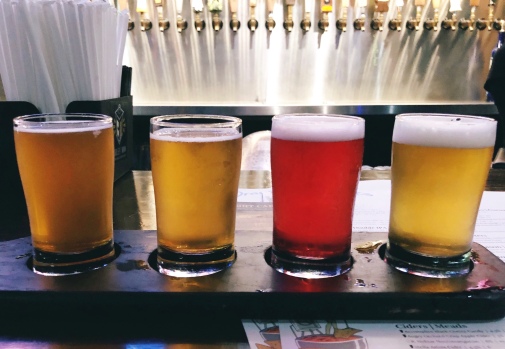 My mom and aunt drank quite a bit, so they went back to the hotel once we got back to Lakeland. My sister and I decided to go back to Lakeside Village and go to Brass Tap. We both got flights and pizza. I loved all the beer that I got. My sister liked three of the four that she picked up out. I love craft beer and of course pizza!

After we drank and ate pizza we walked around and ended up at Smallcakes.  They were on Cupcake Wars on Food Network! I ended up buying cupcakes and we ate them for breakfast on Sunday. THEY WERE SO GOOD! 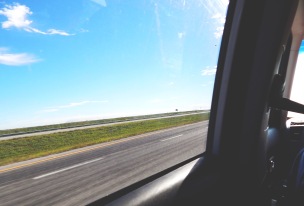 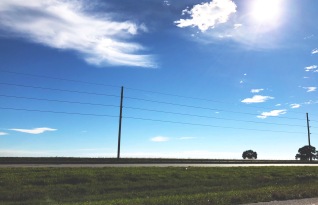 We were originally supposed to stay in Lakeland until Monday (January 1st), but ended up coming back a day early. These are some pictures I took on the way back home from the car.

Even though we came home a day early, it was still pretty fun. Especially getting to hangout with my younger sister. She’s a truck driver with her boyfriend, so I don’t get to see her that often. I am always down for a trip to Lakeland and Lake Wales. I think there will be another one in the next month or two.

I think I am going to do a few blog posts with the books I read last year with their ratings. Example: a blog post with all of my five star reads in 2017, four star reads, etc. I actually had quite a bit of five star reads, so it’ll be cool showing them all in one post. That may be coming at some point this week or early next week.