I don’t know what happened this month, but I ended up with a pretty big haul. I know this year I’ve been so good about not buying a ton of books. June though…I don’t know, see for yourself…haha.

Wires and Nerve by Marissa Meyer

I got Wires and Nerve at BookCon and was able to get it signed by Marissa Meyer at the Fierce Reads author breakfast I went to. Got to hangout with a bunch of their authors, eat breakfast, and talk books with them. It was pretty fun. You sat at a table with a group of other breakfast winners and every 10-15 minutes a different author sits at your table with you to talk about their books and other random things. The other authors were Susan Dennard (Windwitch), Kami Garcia (Beautiful Creatures), Stephanie Garber (Caraval), Tomi Adeyemi (Children of Blood and Bone). They also gave us a shirt that was signed by them all. 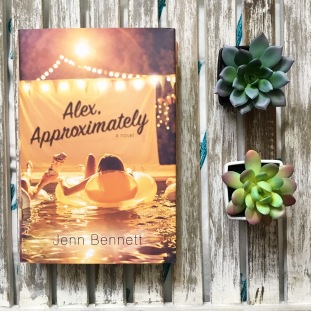 I also bought Alex, Approximately because I really wanted to read that book so bad. I ended up loving it. I found the Goblet of Fire at a used bookstore in DC (not pictured). I’ve been slowly collecting them as I find them in thrift stores or used bookstores. I am now only missing one more! I of course had to get the Ravenclaw edition of the Philosopher’s Stone from Book Depository.

The Golden Compass by Philip Pullman

I got this really cool new cover edition of the Golden Compass at BookCon for free along with an ARC that will be posted down below thanks to Underline. They also gave a bunch of other fun things in the tote bag as well. Like a cool beach towel and a portable phone charger! I haven’t read this series yet, but I’ve been really wanting to. I now have two different editions of this book. I like this cover so much.

All of 2017 I did NOT make a single Book Outlet purchase. Somehow I went almost seven months without a BO purchase. Last time was November last year. Well since they were having a 15% off  sale (plus $5 coupon) and my wishlist on there is close to 50 books I decided to buy some. No individual pictures of them (didn’t take any), so I’ll post the cover from Goodreads so you can see them.

I love sharks so much, so I am not going to lie…I needed Before We Go Extinct, because look at that shark fin! The cover it really cool, but it does sound like an interesting book. Nevernight, I want to give this book another chance. I had an eARC of it, but not being able to see the footnotes on the same page bugged me so bad that I had to DNF it. Over the last month or so I have become obsessed with watching Joey Graceffa on YouTube, so I wanted to get his book. All of the other ones are ones that I’ve had on my wishlist for forever now!

Book Club of the Month:

I decided to try out Book Club of the Month. I seen them have a deal where you can get three months for $9.99 a month. I chose to get A Million Junes and then they had a code for me to get Into the Water for free. There’s an option to add extra books for $9.99 each book, but I didn’t add any extra to my June box.

The Novl sent me a copy of The Hearts We Sold and I am really excited to read it. It sounds so good. Haunting the Deep was the other book that Underline had in their tote bag from First in Line. I haven’t read the first book, but I do have the e-book copy though, so I will definitely be checking it out.

So many e-book deals in June that I didn’t want to pass up on, so that’s how I ended up with all of these lovely books. I am pretty stoked about every single one. Now if I could just PLEASE get out of this reading slump so I can actually read them.

And there you have it. My pretty huge June book haul! Next month I’ll be better and not buy so many, haha. I should have my June recap post of the books that I read this month up on Monday.

What new books did you get in June? Feel free to link me to your haul posts!