Amish Guys Don’t Call by Debby Dodds
3 out of 5 stars.

Goodreads Description: Samantha is already facing scrutiny and anxiety at the start of her junior year, as she’s finally been accepted into the popular girls’ clique called “The Sherpas.” But when she realizes that her new boyfriend Zach was raised Amish, Sam must tackle a whole new set of challenges! Zach has chosen not to end his Rumspringa, instigating a potential shunning from his family. Not only that, but Sam’s new friends can’t miss this opportunity to tease and torment her. Sam has never really come to terms with her parents’ divorce, so when her world crashes down on her in the form of cyberbullying and Zach’s apparent return to the Amish community, she reverts to old, illegal habits. Does Sam even want friends like these? And, will her culture-crossed love with Zach find a way?

I received an ARC from Netgalley in exchange for an honest review.
Release Date: June 13th 2017

I’ve always been fascinated by the Amish culture for some reason and it’s always cool learning about other cultures as well. My first impression of Amish Guys Don’t Call was that it was going to be a fun and cute read. It ended up being a pretty weird book, to be honest. It still had it’s fun and cute moments though, don’t get me wrong. I even laughed out loud quite a bit.

Samantha was struggling a lot through this book, she had so many things going on in her life. Her parents divorce, her mother not always home, trying to fit in with the popular girls at school, and she also had a problem with shoplifting. This girl had a lot going on in her life! I felt like she did the best she could though and it helped having Zach in her life. Things with their relationship was a little awkward though, but I guess it was understandable since it was her first relationship and Zach had just left the Amish and was learning how the English (non-Amish) people lived. There were times though that I felt like Sam didn’t always act her age (16-17). I got a younger age vibe from her.

Zach’s dialogue was a bit strange for me. He talked really “proper” like instead of saying “don’t” he would say “do not” or instead of “can’t” he would say “cannot”. It was hard to get used to the way they he talked and worded things. He also threw in some Pennsylvania Dutch at times too since that was the language the Amish talked. That took a bit to get used to, but it was interesting. I wasn’t a huge fan of Samantha’s friends. They were basically the mean girls and they really bugged me. They all had their own things they were dealing with too though.

There were a lot of things going on in this book and there was one scene that was like a “WTF” moment and I had no clue what was happening and I was kind of shocked. It had to do with a haunted house, but I don’t want to go further into it because it could be a spoiler. But it was just so weird and I had no idea what was going on and after reading the authors note at the end of the book, it’s a real thing that happens now and that the author herself experienced. There are a lot of things in this book that the author herself experienced, actually. It’s hard to really point out exactly why I felt a certain way about some things without saying exactly what happened in the book and I hate spoilers. Knowing that a lot of things that happened in the book, happened in real life helped put it in better perspective and took away some of the weirdness that I got from it though.

Overall, I liked the story even if at times it was a bit strange for me. There was just so much happening and sometimes I was like “wait, what?”. Sometimes it felt like too many things happening in such a short amount of time (pages), so it felt a little rushed or things weren’t explained as well and came out of nowhere.  Once I got used to Zach’s dialogue, it was easy to read and I was flying through the book in about a day and a half. It was hard to put down, because I was still really into the story and wanted to see how it ended. I was still rooting for Sam and Zach. 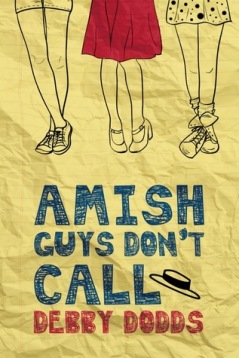 In case you missed it;
Friday Finds #63.
Thoughts|| The Best Kind of Magic.