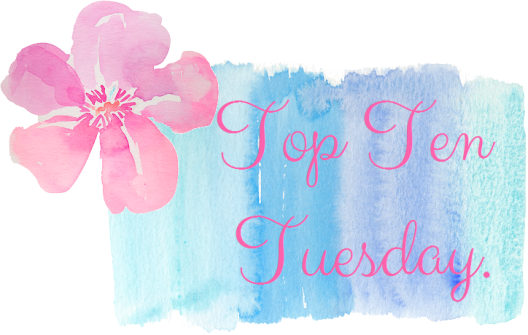 Top Ten 2016 Releases I Meant To Read But Didn’t Get To (But TOTALLY plan to).

A Court of Mist and Fury by Sarah J. Maas
Salt to the Sea by Ruta Sepetys
The Love That Split the World by Emily Henry
Passenger by Alexandra Bracken
Truthwitch by Susan Dennard

When I look back on the list of books that I did read in 2016, it kind of depresses me, lol. I feel like I could have read better books than I actually did. I have no clue why I didn’t read these books last year, but I definitely want to try to make them top priority this year. One that I know for sure I will be reading soon is Crystal Storm. I hope to have that read this month. I just need to finish The Crown’s Game first, which is another 2016 release that I meant to read but didn’t.

What books did you mean to read in 2016, but didn’t? Feel free to link me to your TTT posts!