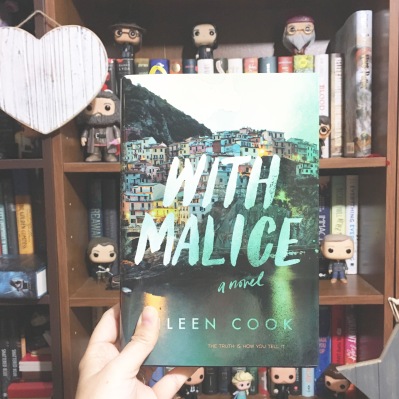 “Don’t you get it? Who we are is what comes out when shit goes bad. You can’t tell anything about a person when things are great. If you want to really know someone, be there when everything goes to hell.”

Goodreads Description: It was the perfect trip…until it wasn’t. Eighteen-year-old Jill Charron wakes up in a hospital room, leg in a cast, stitches in her face and a big blank canvas where the last six weeks should be. She discovers she was involved in a fatal car accident while on a school trip in Italy. A trip she doesn’t even remember taking. She was jetted home by her affluent father in order to receive quality care. Care that includes a lawyer. And a press team. Because maybe the accident…wasn’t an accident. As the accident makes national headlines, Jill finds herself at the center of a murder investigation. It doesn’t help that the media is portraying her as a sociopath who killed her bubbly best friend, Simone, in a jealous rage. With the evidence mounting against her, there’s only one thing Jill knows for sure: She would never hurt Simone. But what really happened? Questioning who she can trust and what she’s capable of, Jill desperately tries to piece together the events of the past six weeks before she loses her thin hold on her once-perfect life.

I seen With Malice around the blogosphere/bookstagram a lot and I seen a lot of good things about it. I finally got my hands on a copy and I was actually a bit disappointed. I liked it at the beginning, but then it started to go downhill for me. There isn’t a whole lot for me to say about this book, sadly.

It seemed really promising at the beginning and I was dying to know what happened. I felt like it took forever to get to the real details of what happened. Everything leading up to the big reveal was pretty boring and not that exciting. I felt like the big reveal wasn’t even that great. I think I expected way too much out of this book and I was let down a lot. I didn’t really care for Jill much either. There were times that it was interesting and even though it wasn’t the best story, I still kept reading because I still wanted to find out what happened. I cared enough to see it through to the end even with it being boring at times.

Overall, it was just an okay read for me. I felt like it could have been a lot better and I didn’t like the ending. I was expecting some huge thing, but it was actually not that great and it was a let down. I watch a lot of Investigation Discovery shows, so I was kind of expecting some crazy murder conspiracy or something. That was not what I got. You may like this book better though! It just wasn’t for me.

“People don’t want to be that kind of person, but push anyone far enough, and they’ll fight back.” 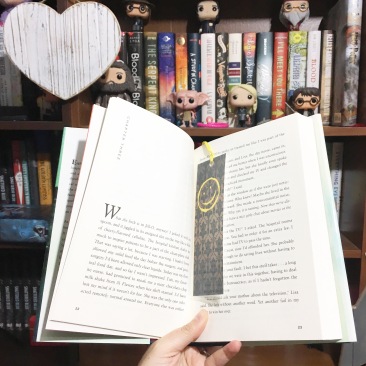 Have you read With Malice? If so, what did you think? Do you plan to check it out if you haven’t read it?

3 thoughts on “Thoughts|| With Malice.”

made a little reading area in my office. pretty obsessed with how it turned out. i hope this makes me want to read a lot more now that i have a new comfy place to do so! ♡