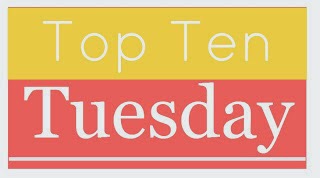 Top Ten Most Anticipated Releases For the Rest of 2015.

I am really excited about the topic for this Top Ten Tuesday, because there are SO MANY books that I am dying to read that will be released this year. Tons have already been released, but there are tons more! Narrowing the list was actually not at all easy! Here are some of the books I am really looking forward to and all linked to Goodreads.

I am beyond excited about all of these books and of course so many more! This is just a glimpse of the books that are due to come out the rest of this year. I think I am most excited about Carry On, A Whole New World, The Rest of Us Just Live Here, and Dumplin’. Super stoked about them all though! 🙂 There are tons that have already been released this year that I am also really looking forward to reading.

What new releases are you looking forward to? Leave a comment and link me to your posts!

I was able to get a few books so far this month. I’ve been trying my hardest to stay away from buying tons of books like I have been over the last few months. So far kind of good with that. Here are the books that I got:

I got the first two from Target a few days ago. The Target I went to kind of sucks, so they didn’t really have many books that I really wanted. I’m happy with those though; they are on my TBR. There is like a really good Target (which is a little further away from me) and then the crappy Target that’s close by, sigh. Kind of a good thing though, because I probably would have spent a lot of money had there been all the books I’ve been looking for, lol. Becoming Jinn I won in a giveaway on Twitter and I just received it today. The book cover is pretty and it sounds like it’ll be a good read. There are lots of mixed reviews of it though, so we’ll see! 🙂

I’ll leave you with a few recent posts that I have done, in case you missed them and then it’s off to work for me!

I hope everyone has a great day! Bye! ❤